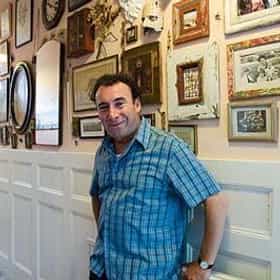 Sir Antony Sher, KBE (born 14 June 1949) is a British actor of South African origin, a two-time Laurence Olivier Award winner and four-time nominee, who joined the Royal Shakespeare Company in 1982 and toured in many roles, as well as appearing on film and TV, and working as a writer and theatre director. In 2001, he starred in his cousin Ronald Harwood’s play Mahler's Conversion, and said that the story of a composer sacrificing his faith for his career echoed his own identity struggles. Sher and his partner and collaborator Gregory Doran became one of the first gay couples to enter into a civil partnership in the UK. During his 2017 "Commonwealth Tour", Prince Charles ... more on Wikipedia

Antony Sher is also found on...