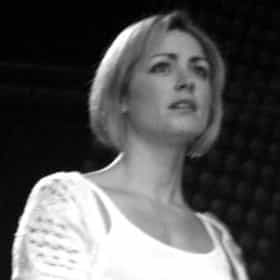 Aoife Mulholland ( EE-fə; Irish: [ˈiːfʲə]; born 29 May 1978) is an Irish actress and musical theatre performer from Salthill, Galway. Aoife is a successful leading lady in London's West End. She has starred as Roxie Hart (twice) in Chicago, at the Cambridge Theatre and for 18 months as Maria von Trapp in The Sound of Music at the London Palladium; and as Brooke Wyndham in Legally Blonde at the Savoy Theatre. She has also appeared in concerts, films and several popular TV series. ... more on Wikipedia

Aoife Mulholland is also found on...