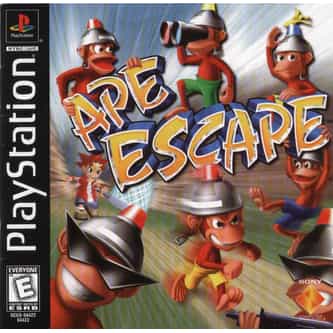 Ape Escape, known as Saru! Get You! in Japan, is a platform game developed, produced and published by Sony Computer Entertainment for the PlayStation. Originally released in 1999, it was re-released for the four different best seller versions, the Sony Greatest Hits and Best for Family line-ups in 2000; the Platinum Range in 2001; and the PSone Books line-up in 2005. The game was re-released as a downloadable game via the PlayStation Network in Japan in 2007. Ape Escape is notable as the ... more on Wikipedia

Ape Escape IS LISTED ON