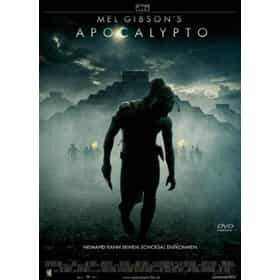 Apocalypto is a 2006 American epic adventure film directed and produced by Mel Gibson. It was written by Gibson and Farhad Safinia. Set in pre-Columbian Petén, Guatemala, around the year 1511, Apocalypto depicts the journey of a Mesoamerican tribesman who must escape human sacrifice and rescue his family after the capture and destruction of his village. The film features a cast of Maya and Native American actors. The entire dialogue is in the Yucatec Maya language, with English and other language subtitles, in order to immerse the viewer in the world it portrays. The film was a financial success; however, its depictions of indigenous cultures sparked controversy, despite there ... more on Wikipedia

The Best Apocalypto Quotes 40 votes The best Apocalypto quotes make you realize how great the movie really is, even if you haven't seen it in a while. Let's ran...

Apocalypto is ranked on...

Apocalypto is also found on...