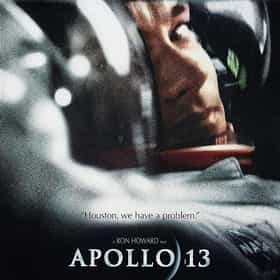 Things 'Apollo 13' Got Totally Wrong 85.1k views Sometimes it's beneficial to have a friend around that sees beneath the surface of a film and points out some discrepancy. T...
The Best Quotes From 'Apollo 13' Will Take You To The Moon (And Back) 13 votes The best quotes from Apollo 13 make you realize how great the movie really is, even if you haven't seen it in a while. Let's...