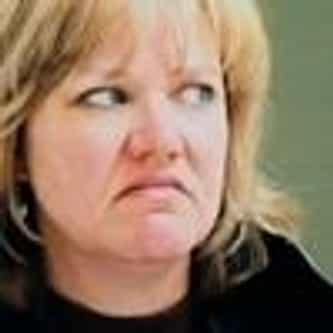 April Margera (née Cole; March 28, 1956) is an American reality television personality, who has appeared on MTV's Viva La Bam, Jackass, the CKY videos, Minghags: The Movie and Bam's Unholy Union. April Margera is married to Phil Margera and together they are the parents of skateboarder and Jackass star, Bam Margera and CKY drummer Jess Margera. Jeff Tremaine, producer of Jackass, once referred to her as "everyone's mom", telling how she cooked dinner for the entire Jackass ... more on Wikipedia

April Margera IS LISTED ON