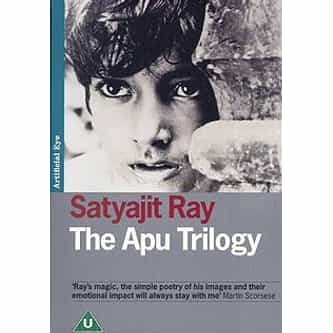 The Apu Trilogy comprises three Bengali films directed by Satyajit Ray: Pather Panchali, Aparajito and Apur Sansar. They are based on two Bengali novels written by Bibhutibhushan Bandopadhyay: Pather Panchali and Aparajito. The original music for the films was composed by Ravi Shankar. Produced on a shoestring budget of Rs. 150,000 using an amateur cast and crew, the trilogy is a milestone in Indian cinema and remains one of the finest examples of the Parallel Cinema movement. The three ... more on Wikipedia

Apu trilogy IS LISTED ON