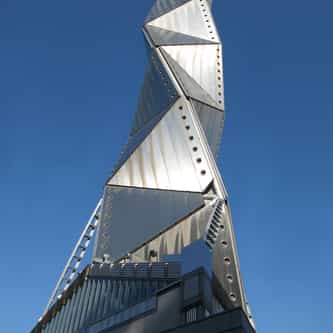 Arata Isozaki is a Japanese architect from Ōita. He graduated from the University of Tokyo in 1954. Isozaki worked under Kenzo Tange before establishing his own firm in 1963. His beginning projects were influenced and mesmorised by european experiences with a style mixed between "New Brutalism" & "Metabolist Architecture" according to Reyner Banham. He then developed into a more eleptic style with buildings such as: Fujimi Country Club and Kitakyushu Central ... more on Wikipedia