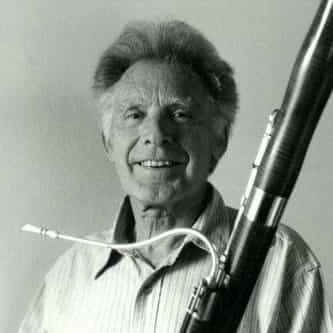 Archie Camden (1888–1979) was a British bassoonist; he was a pedagogue and soloist of international acclaim. His career began in 1906 when he joined the Hallé Orchestra, where he became principal bassoonist in 1914. In 1933 he moved to the BBC Symphony Orchestra, where he stayed until 1946 when he took up the same position in the Royal Philharmonic Orchestra. Camden was also one of the first bassoonists to experiment with recording. His record of the Mozart bassoon concerto still ... more on Wikipedia

Archie Camden IS LISTED ON