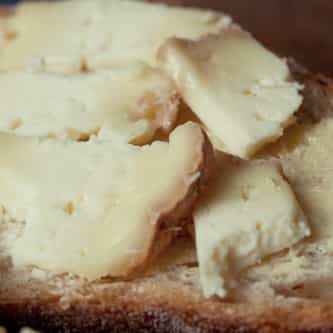 Ardrahan Cheese company create two varieties of cheese. They originate from Ardrahan Farmhouse, Kanturk, County Cork in Ireland. The two varieties are Ardrahan and Duhallow. Eugene and Mary Burns first made Ardrahan cheese on their farm in County Cork in 1983 using traditional techniques. Both varieties are made entirely from the milk of the Burns' cow herd, which is composed of Friesian cows. Ardrahan is a semi-soft vegetarian cheese made from pasteurised cow's milk and vegetarian rennet. ... more on Wikipedia

Ardrahan cheese IS LISTED ON