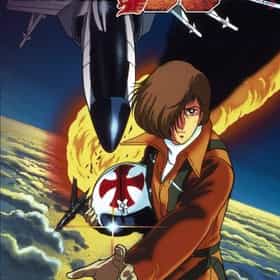 Area 88 is a Japanese manga series by Kaoru Shintani serialized between 1979 and 1986. The story is about a young pilot named Shin Kazama and his experiences at Area 88, a mercenary air force base secluded in the desert of a war torn country. Shin goes from head of his class at a world renowned aviation school dating the beautiful daughter of an airline president to a mercenary fighter pilot bound to Area 88 by a three-year contract that he was duped into signing by a jealous and competitive childhood friend. Determined to earn $1.5 million to buy his way out of the obligation and return home, killing becomes second nature to Shin as he quickly rises to the top rank at Area 88. ... more on Wikipedia

#476 of 891 The Best Anime Series of All Time 5.7M VOTES You love anime but what tops this list of the best anime series ever made? Top anime series include shows like Death Note, A...
#25 of 25 The Greatest Anime From Studio Pierrot 2.9k VOTES Studio Pierrot is a legendary anime studio that has been cranking out some of the most memorable Japanese anime si...
#4 of 13 The Best Anime Like Macross Plus 31 VOTES Are you looking for a sci-fi series that was just as good as Macross Plus? An OVA coming from one of the most popular s...