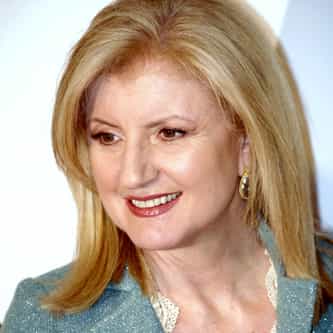 Arianna Stassinopoulos Huffington (born July 15, 1950) is a Greek-American author, syndicated columnist, and businesswoman. She is the founder of The Huffington Post, the founder and CEO of Thrive Global, and the author of fifteen books. In May 2005, she launched The Huffington Post, a news and blog site. In August 2016, she launched Thrive Global, a corporate and consumer well-being and productivity platform. She has been named to Time Magazine's list of the world’s 100 most influential ... more on Wikipedia

Arianna Huffington IS LISTED ON