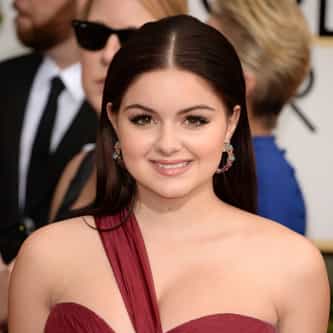 Ariel Winter Workman (born January 28, 1998) is an American actress and voice actress. She is known for her role as Alex Dunphy in the comedy series Modern Family, as well as the voice of the title character in the Disney Junior show Sofia the First and the voice of Penny Peterson in the 2014 animated film Mr. Peabody and Sherman. Winter and her Modern Family cast mates have won four Screen Actors Guild Awards for Best Ensemble in a Comedy Series. ... more on Wikipedia

78.8k readers This Modern Family Star Can't Get People To Stop Talking About Her Body

Ariel Winter IS LISTED ON