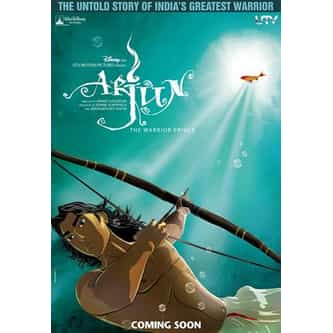 Arjun: The Warrior Prince is a 2012 Indian animated action film. The film is directed by Arnab Chaudhuri and produced by UTV Motion Pictures and Walt Disney Pictures. The film was released in India on 25 May 2012. Walt Disney Studios Motion Pictures held a week-long limited engagement on September 1, 2012 at the El Capitan Theater to qualify for Academy Awards consideration. However, the film was not nominated, and so far, the film has only been seen in America on Netflix Streaming. ... more on Wikipedia

Arjun: The Warrior Prince IS LISTED ON