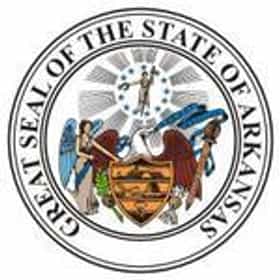 Arkansas is a state located in the Southern region of the United States. Its name is of Siouan derivation, denoting the Quapaw Indians. The state's diverse geography ranges from the mountainous regions of the Ozark and the Ouachita Mountains, which make up the U.S. Interior Highlands, to the densely forested land in the south known as the Arkansas Timberlands, to the eastern lowlands along the Mississippi River and the Arkansas Delta. Known as "the Natural State", the diverse regions of Arkansas offer residents and tourists a variety of opportunities for outdoor recreation. Arkansas is the 29th largest in square miles and the 32nd most populous of the 50 United States. The ... more on Wikipedia

Arkansas is ranked on...

Arkansas is also found on...