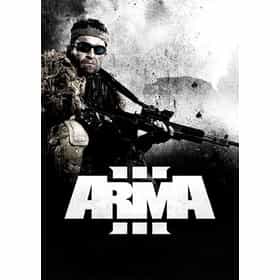 ARMA 3 is an open-world military tactical shooter video game developed by Czech studio Bohemia Interactive for Microsoft Windows. It was released on September 12, 2013. ARMA 3's storyline takes place in the mid-2030s during the fictional Operation Magnitude, a military operation launched by NATO forces fighting in Europe against "Eastern armies" referred to as CSAT led by a resurgent Iran with a coalition of other Middle Eastern and Asian nations. Set more than 25 years after the events of ARMA 2, in 2035, NATO forces deployed to islands of the Aegean Sea are trying to hold off a massive CSAT's offensive from the east. During the singleplayer campaign, the player takes on the ... more on Wikipedia