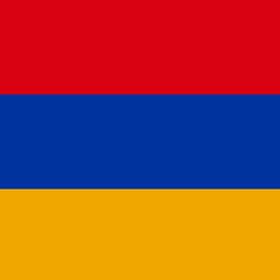 Armenia, officially the Republic of Armenia, is a mountainous country in the South Caucasus region of Eurasia. Located in the north of Western Asia, it is bordered by Turkey to the west, Georgia to the north, the de facto independent Nagorno-Karabakh Republic and Azerbaijan to the east, and Iran and the Azerbaijani exclave of Nakhchivan to the south. Armenia is a unitary, multi-party, democratic nation-state with an ancient cultural heritage. The Satrapy of Armenia was established in the 6th century BC, after the fall of Urartu. In the first century BC the Kingdom of Armenia reached its height under Tigranes the Great. Armenia became the first state in the world to adopt Christianity ... more on Wikipedia

Armenia is ranked on...

Armenia is also found on...