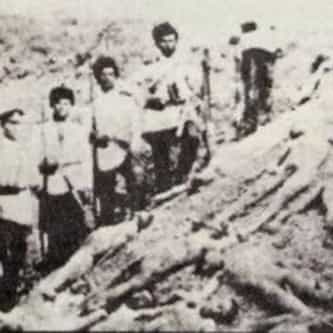 The Armenian Genocide, also known as the Armenian Holocaust, the Armenian Massacres and, traditionally by Armenians, as Medz Yeghern, was the Ottoman government's systematic extermination of its minority Armenian subjects inside their historic homeland which lies within the territory constituting the present-day Republic of Turkey. The total number of people killed as a result has been estimated at between 1 and 1.5 million. The starting date is conventionally held to be 24 April 1915, the ... more on Wikipedia

Armenian Genocide IS LISTED ON

30.2k VIEWS 14 Tragic Lesser-Known Genocides That Deserve To Be Remembered