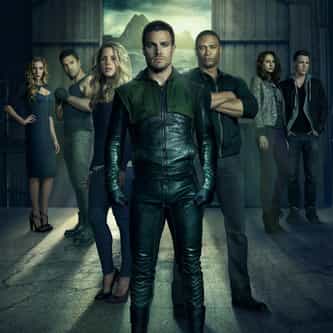 Arrow (The CW, 2012) is an American superhero television series developed by Greg Berlanti, Marc Guggenheim, and Andrew Kreisberg, based on the DC Comics character. Five years after being stranded on a hostile island, billionaire playboy Oliver Queen (Stephen Amell) returns home to fight the wrong doers as a secret vigilante whose weapon of choice is a bow and arrow. ... more on Wikipedia

724 votes 'Arrow' Fan Theories That Might Actually Be Possible

345 votes Every Easter Egg And Reference In Arrow's 150th Episode

Arrow IS LISTED ON