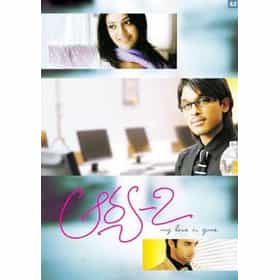 Arya 2 is a 2009 Telugu romance film directed by Sukumar, and is a follow-up to the actor's and the director's previous successful film, Arya. Allu Arjun and Kajal Aggarwal play the lead roles while Navdeep and Shraddha Das play supporting roles Sukumar, who directed the original, directed this film as well. The film's music is by Devi Sri Prasad. Aditya Babu and Bhogavalli Prasad produced the film under the Aditya Arts banner. The film was dubbed in Malayalam, Tamil and Oriya with the same title and became a blockbuster in Kerala. Some scenes were recreated with Malayali-based scenes for this. Allu Arjun gained huge fan base in Kerala through this film. This is the sequel to the 2004 ... more on Wikipedia