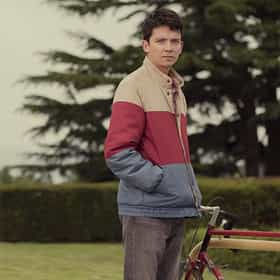 Asa Maxwell Thornton Farr Butterfield (; born 1 April 1997) is an English actor. He began his acting career at the age of 9 in the television drama After Thomas (2006) and the comedy film Son of Rambow (2007). He became known for playing the main character Bruno in the Holocaust film The Boy in the Striped Pyjamas (2008), for which he received nominations for the British Independent Film Award and the London Film Critics Circle Award for Young British Performer of the Year at the age of 11. He also played the young Mordred in the BBC TV series Merlin (2008–2009) and Norman in the fantasy film Nanny McPhee and the Big Bang (2010). For his leading performance as Hugo Cabret in Martin ... more on Wikipedia

Asa Butterfield is ranked on...

#41 of 68 Celebrating The Best Young Actors Of The 2010s 1.3k VOTES Some of them may not be old enough to drink - or even drive - but the top young actors of the 2010s have managed to accompli...
#7 of 53 The 50+ Best Actors Under 25 4.6k VOTES These days, it seems like all the young actors you used to watch on the Disney channel have grown up and launched into full ...
Famous Aries Male Celebrities 23k VIEWS Aries tend to have confidence and charisma to spare. Combined with their tendency to be bold in their choices, they have all...
Famous People with Long Names 103.9k VIEWS A list of celebrities who have very long names. Some have multiple middle names, and some are from cultures where their su...
Celebrities Born On April Fools' Day 7.2k VIEWS Here are all the famous people who were born on April 1st, April Fools' Day. Featuring actors, musicians, singers,...

Asa Butterfield is also found on...