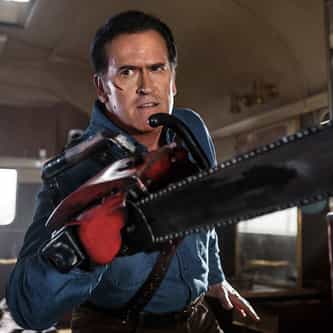 Ashley James "Ash" Williams is a fictional character and the protagonist/Exorcist of The Evil Dead franchise. Created by Sam Raimi, he is portrayed by Bruce Campbell and is the only character to appear in each entry of the series except for the remake. Throughout the series, Ash has to face off against his loved ones inside an abandoned cabin as they are possessed by "deadites", the evil souls of the dead. He was named the 24th Greatest Movie Character of All Time and ... more on Wikipedia

Ash Williams IS LISTED ON