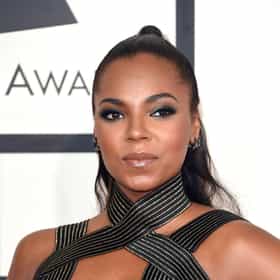 Ashanti Shequoiya Douglas (born October 13, 1980) is an American singer, songwriter, record producer, dancer, and actress. She was first discovered as a teenager and later signed to Murder Inc. in 2002. That year, she was featured on Fat Joe's "What’s Luv?" and Ja Rule's "Always on Time", both of which became two of the biggest hit songs of 2002; Ashanti became the first female artist to occupy the top two positions on the U.S. Billboard Hot 100 chart simultaneously when "Foolish" and "What's Luv?" were at numbers one and two, respectively. In 2002, Ashanti released her eponymous debut album, which sold over 505,000 copies throughout the U.S. in ... more on Wikipedia

The Best Songs Feat. Ashanti 293 votes These are the best songs featuring Ashanti. As a solo artist, Ashanti has won awards (Grammy Award for Best Contemporary R&a...
Whatever Happened to Ashanti? 4k views In the early 2000s, radio airwaves resounded with the hip-hop and R&B stylings of artists signed to record label Murder ...

Ashanti is ranked on...

Ashanti is also found on...