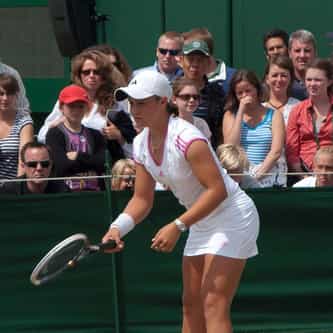 Ashleigh Barty is an Australian professional tennis player. Barty first gained media attention by reaching the doubles final of the 2013 Australian Open, partnered by Casey Dellacqua. The pair also reached the finals of both Wimbledon and the US Open in 2013, making Barty one of the most successful WTA debutants in history. She also won the 2011 Wimbledon girls singles title, and has won one WTA doubles title so far in her career. ... more on Wikipedia

Ashleigh Barty IS LISTED ON