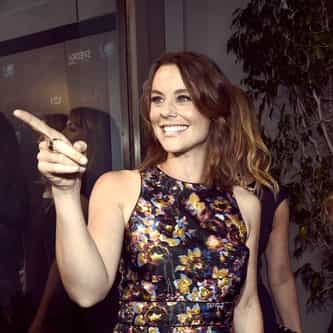 Ashley Williams Dodson (born November 12, 1978) known professionally as Ashley Williams is an American actress. She is best known for starring in the television series The Jim Gaffigan Show on TV Land and in the NBC series Good Morning Miami. Over the many years of its run, Williams played fan favorite Victoria on the hit CBS series How I Met Your Mother opposite Josh Radnor. She has starred in more than a dozen different television pilots over the years and done over 150 episodes of ... more on Wikipedia

Ashley Williams IS LISTED ON