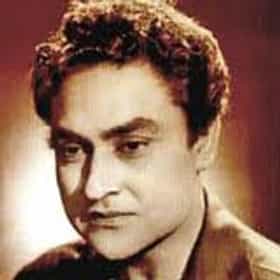 Ashok Kumar (13 October 1911 – 10 December 2001), born Kumudlal Ganguly, and also fondly called Dadamoni, was an Indian film actor who attained iconic status in Indian cinema. He was honoured in 1988 with the Dadasaheb Phalke Award, the highest national award for cinema artists, by the Government of India and also received the Padma Bhushan in 1999 for his contributions to Indian cinema. He is considered to be one of India's finest actors ever, playing leading, antagonist and character roles with equal panache. ... more on Wikipedia

Ashok Kumar is ranked on...

Famous People Whose Last Name Is Kumar 5.6k VIEWS Being a fairly common name, it's no surprise there are a lot of famous people with the last name Kumar. Do you recognize all...

Ashok Kumar is also found on...