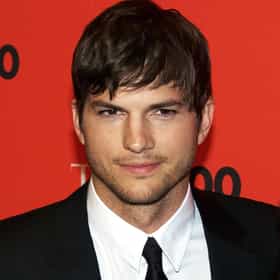 Christopher Ashton Kutcher (; born February 7, 1978) is an American actor, producer, and entrepreneur. He began his acting career portraying Michael Kelso in the Fox sitcom That '70s Show (1998–2006). He made his film debut in the romantic comedy Coming Soon (1999), followed by the comedy film Dude, Where's My Car? (2000), which was a box office hit. In 2003, Kutcher moved into romantic comedies, appearing in that year's Just Married and My Boss's Daughter. In 2003, he created and produced the television series Punk'd, also serving as host for the first eight of its ten seasons. In 2004, Kutcher starred in the lead role of the psychological film The Butterfly Effect. Kutcher ... more on Wikipedia

Ashton Kutcher is ranked on...

Ashton Kutcher is also found on...