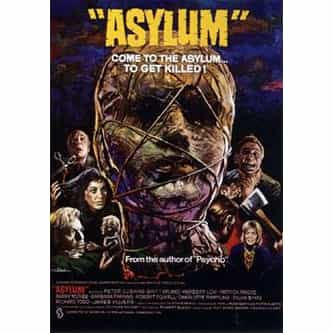 Asylum is a 1972 British horror film made by Amicus Productions. The film was directed by Roy Ward Baker, produced by Milton Subotsky, and scripted by Robert Bloch. Baker had considerable experience as a director of horror films as he had tackled Quatermass and The Pit, and Scars of Dracula. Robert Bloch, who wrote the script for Asylum based on a series of his own short stories, was also the author of the novel Psycho which Alfred Hitchcock directed as a film. ... more on Wikipedia

Asylum IS LISTED ON