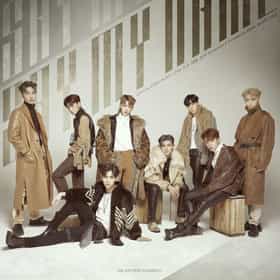 Ateez (stylized ATEEZ), previously known as KQ Fellaz, is a K-pop boy group under KQ Entertainment. It is composed of eight members: Hongjoong, Seonghwa, Yunho, Yeosang, San, Mingi, Wooyoung, and Jongho. They debuted on October 24, 2018 with Treasure EP.1: All to Zero. On November 2nd, the group performed their song, "Pirate King", on KBS2's Music Bank. On January 15, 2019, they released their new EP, Treasure EP.2: Zero to One, alongside the music video for the title track, "Say My Name". ... more on Wikipedia

ATEEZ is ranked on...