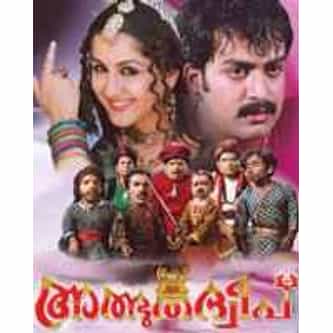 Albhutha Dweepu is a 2005 Malayalam-language Indian movie, directed by Vinayan. The movie created history by becoming the first Indian movie whose remake rights have been bought by Hollywood. Ajaykumar, Prithviraj and Mallika Kapoor appear in lead roles in the movie. The movie is about a mysterious island where all the men are dwarfs and all the women, normal. Albhutha Dweepu was released in 2005 and the remake rights were sold almost immediately to Hollywood director Ron Howard who was in ... more on Wikipedia