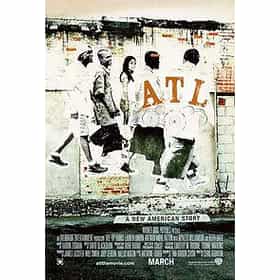 ATL is a 2006 American drama film, and the feature film directorial debut of music video director Chris Robinson. The screenplay was written by Tina Gordon Chism from an original story by Antwone Fisher, and is loosely based on the experiences of the film's producers Dallas Austin and Tionne "T-Boz" Watkins growing up in Atlanta, Georgia. The film is a coming-of-age tale concerning Rashad, played by Atlanta native and hip hop artist T.I. in his film debut, and his friends in their final year in high school and on the verge of adulthood. The film also stars Antwan Andre Patton, aka Big Boi of the hip hop group OutKast, Evan Ross, Jackie Long, Lauren London, and Mykelti ... more on Wikipedia