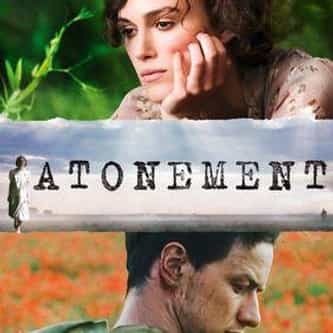 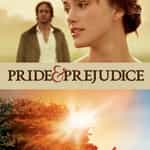 Atonement is a 2007 British romantic drama film directed by Joe Wright and based on Ian McEwan's 2001 novel of the same name. The film stars James McAvoy, Keira Knightley, Saoirse Ronan, Romola Garai, and Vanessa Redgrave and chronicles an event and its consequences over the course of six decades, beginning in the 1930s. It was produced by Working Title Films and filmed in England. Distributed in most of the world by Universal Studios, it was released in the United Kingdom and Ireland on 7 ... more on Wikipedia

Atonement IS LISTED ON