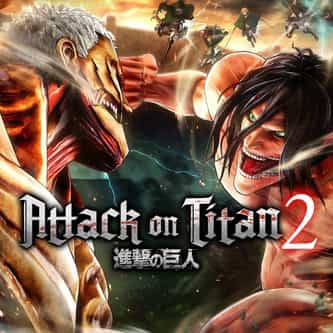 Attack on Titan 2, known in Europe as A.O.T. 2, is an action hack and slash video game based on Hajime Isayama's manga series of the same name released for Nintendo Switch, PlayStation 4, and PlayStation Vita, Xbox One and Microsoft Windows. The game features cell-shaded graphics and features the player defeating the titular titans in large, open areas. Key new features over the first title include a story-mode that's entirely playable co-op, as well as a character creator. ... more on Wikipedia

Attack on Titan 2 IS LISTED ON