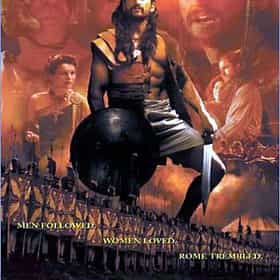 Attila the Hun, fabled leader of a band of nomadic warriors who fearlessly took on the might of the Roman Empire, has his life story brought to the screen in this two-part miniseries. Attila (Gerard Butler) raised an army from the people of Caspia, and in time created a fighting force so strong that they received an annual tribute from the leaders of Rome as an inducement not to attack. Not all Romans were happy with this situation, and in time it was decided that General Aetius (Powers Boothe), a brave yet unscrupulous leader who attempted to usurp the rule of Empress Placidia (Alice Krige), was the only man who could confront Attila on his own terms. Aetius recognized Attila's skills ... more on Wikipedia

Attila is ranked on...

Attila is also found on...

List of All Movies Released in 2001 Famous Movies From Lithuania