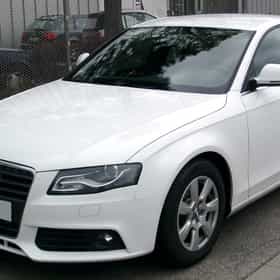 lists about Audi A4

#1 of 65 People who voted for Audi A4... also upvote Star Wars Franchise on The Greatest Sci-Fi Movies of All Time also upvote Star Wars Franchise on The Most Rewatchable Movies The Best Inexpensive Cars You'd Love to Own 35.2k VOTES A list of the best inexpensive cars you'd actually love to own. Sure, it's simple to go out and find a bottom-end, new car f...
Every Car Reviewed by Top Gear 154k VIEWS A list of every car reviewed on Top Gear, with photos! The best Top Gear car list on the web. Featuring Jeremy Clarkson, Jam...