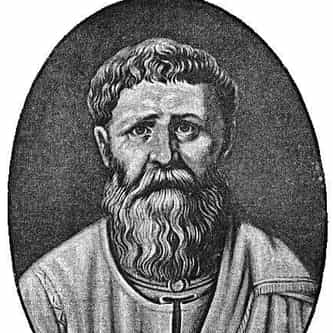 Saint Augustine of Hippo (; 13 November 354 – 28 August 430 AD) was a Roman African, early Christian theologian and philosopher from Numidia whose writings influenced the development of the Western Church and Western philosophy, and indirectly all of Western Christianity. He was the bishop of Hippo Regius in North Africa and is viewed as one of the most important Church Fathers of the Latin Church for his writings in the Patristic Period. Among his most important works are The City of God, ... more on Wikipedia

Augustine of Hippo IS LISTED ON

#170 of 1,344
784.9k VOTES The Greatest Minds of All Time
#56 of 87
65k VOTES People Who Made The World A Better Place
#3 of 108
4.3k VOTES The Best Catholic Authors
Famous Writers from Algeria Famous Male Philosophers Famous Authors from Algeria