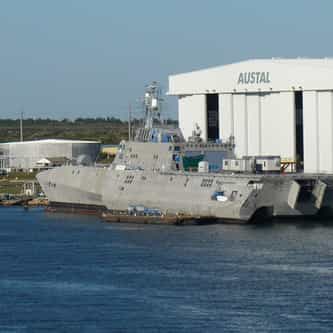 Austal USA is the American branch of operations for Australia-based shipbuilder Austal. The facility is based on Blakeley Island in Mobile, Alabama and employed more than 3,100 workers in early 2012. Due to expanded shipbuilding contracts from the United States Navy, the company announced in March 2012 that it planned to invest an additional $160 million in upgrades to its facilities and to increase its workforce to roughly 4,000 employees in the next few years. ... more on Wikipedia