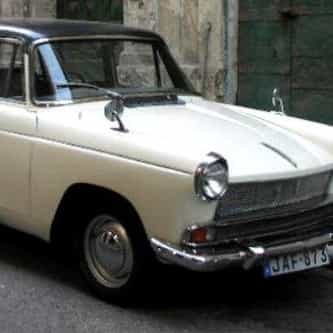 The Austin Cambridge is a motor car range sold by the Austin Motor Company in several generations from September 1954 through to 1969 as cars and to 1971 as light commercials. It replaced the A40 Somerset but was entirely new with modern unibody construction. The range had two basic body styles with the A40, A50 and early A55s using a traditional rounded shape and later A55 Mark IIs and A60s using Farina styling. Note that the A40 number was re-used on a smaller car from 1958 to 1967, and ... more on Wikipedia