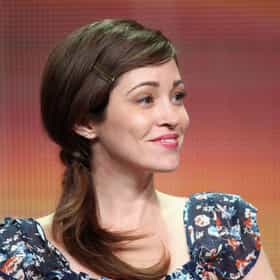 Autumn Reeser (born September 21, 1980) is an American actress. She is best known for her roles as Taylor Townsend on the Fox series The O.C., Lizzie Grant on HBO's Entourage, Katie Andrews on ABC's No Ordinary Family, Kylie Sinclair on ABC's Last Resort, Dr. Gabby Asano in CBS's Hawaii Five-0, and Leslie Bellcamp on E!'s The Arrangement. Since 2006, she has also been one of the leading members of The Thrilling Adventure Hour, a popular staged comedy show. From 2012-19, she has been the heroine of eight romantic comedies for the Hallmark Channel. She also appeared in Clint Eastwood's film Sully, headlined by Tom Hanks. ... more on Wikipedia

Autumn Reeser is ranked on...

#4 of 163 The Best Hallmark Channel Actresses 181.1k VOTES They're the stars, the moms, the sisters, and the best friends. These Hallmark Channel actresses bring Hallmark Channel Orig...
#11 of 115 The Best Hallmark Channel Actors & Actresses Under 40 108.7k VOTES It can be difficult to build a notable career as a young celebrity, and even then there are a lot of ups and downs. If you c...
#828 of 1,026 The Most Beautiful Women In Hollywood 4.4M VOTES The most beautiful women in the world are a great mix of attractive TV actresses, singers, models, and more, ...
#441 of 1,582 The Most Beautiful Women in the World 5.6M VOTES Naming the most beautiful women in the world is a difficult task because of how subjective it is. Beauty is a mixture of phy...
#80 of 162 The People's 2011 Maxim Hot 100 List 102.4k VOTES Each year, Maxim magazine chooses the most beautiful women to feature on their coveted list of the 100 hottest girls in the ...
#756 of 3,140 The Most Beautiful Celebrities Of Our Time 6.2M VOTES This list of hot celebrities is ranked by pop culture junkies worldwide, making it the best place to find the most attractiv...
Hallmark Channel Actors and Actresses 143.1k VIEWS The Hallmark Channel may have a primary group of talent they work with but they also employ a wide range of actors you will ...
The Cast Of 'The O.C.': Where Are They Now? 3.6k VIEWS First airing in 2003, The O.C. depicts the opulent lives of teens (and their parents) living in Newport Beach of O...
14 Forgotten Stars Who Are Making It Rain On The Hallmark Channel 322.6k VIEWS Whatever happened to '90s stars Dean Cain, Tori Spelling, and Lacey Chabert? All three actors are still actively workin...
Celebrity Pregnancies 2013 62.3k VIEWS See what celebrities are pregnant in 2019. Celebrity pregnancies 2013 is a list that chronicles all of the biggest, hottes...

Autumn Reeser is also found on...