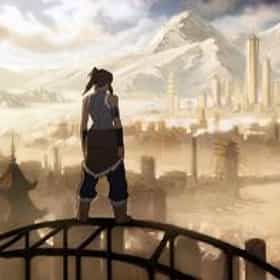 Book One: Air is the first season of the U.S. animated TV series The Legend of Korra created by Michael Dante DiMartino and Bryan Konietzko. Consisting of twelve episodes, it was initially intended to be a stand-alone miniseries before the series was expanded to four seasons and fifty-two episodes total. Book One: Air aired from April 14 to June 23, 2012 on the Nickelodeon channel in the U.S., and is broadcast in other countries beginning in June 2012. Book One: Air follows seventeen-year old Korra from the Southern Water Tribe, and the successor of Avatar Aang from the preceding series Avatar: The Last Airbender, as she travels to the metropolis of Republic City to learn airbending ... more on Wikipedia

Avatar: Legend of Korra is ranked on...