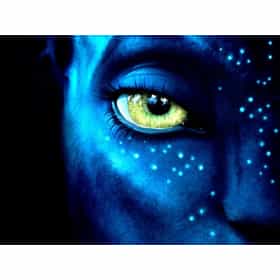 Avatar is a 2009 American epic science fiction film written and directed by James Cameron, and starring Sam Worthington, Zoe Saldana, Stephen Lang, Michelle Rodriguez, Joel David Moore, Giovanni Ribisi and Sigourney Weaver. The film is set in the mid-22nd century, when humans are mining a precious mineral called unobtanium on Pandora, a lush moon of a gas giant in the Alpha Centauri star system. The expansion of the mining colony threatens the continued existence of a local tribe of Na'vi—a humanoid species indigenous to Pandora. The movie title refers to the genetically engineered Na'vi-human hybrid bodies used by a team of researchers to interact with the natives of Pandora. ... more on Wikipedia

What to Watch If You Love Avatar 642 votes Here is a list of television and movie recommendations for Avatar fans. Given its action packed storyline and impressive use...

Avatar is ranked on...

Avatar is also found on...