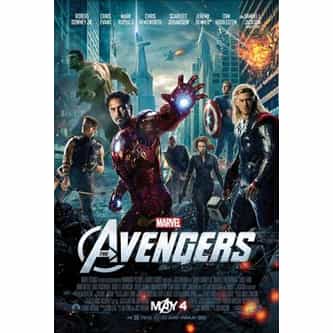 Marvel's The Avengers(classified under the name Marvel Avengers Assemble in the United Kingdom and Ireland), or simply The Avengers, is a 2012 American superhero film based on the Marvel Comics superhero team of the same name, produced by Marvel Studios and distributed by Walt Disney Studios Motion Pictures.It is the sixth film in the Marvel Cinematic Universe. The film was written and directed by Joss Whedon and features an ensemble cast that includes Robert Downey Jr., Chris Evans, Mark ... more on Wikipedia

6.2k votes What Will Avengers 4 Be Called?

98.9k readers Everything We Learned About 'Avengers: Endgame' From The First Trailer

15.6k readers Everything We Know About Ronin, Hawkeye's New Identity In 'Avengers: Endgame'

Avengers Franchise IS LISTED ON