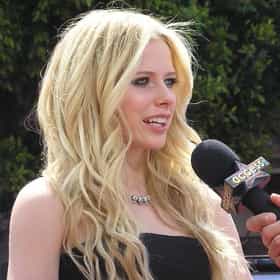 Avril Ramona Lavigne (; French: [avʁil laviɲ]; born September 27, 1984) is a Canadian singer, songwriter, and actress. By the age of 15, she had appeared on stage with Shania Twain and by 16, she had signed a two-album recording contract with Arista Records worth more than $2 million. Her debut studio album, Let Go (2002), emphasized a skate punk persona that has earned her the title "Pop Punk Queen", from critics and music publications, due to her achievement and impact in the industry. Lavigne is considered a key musician in the development of pop punk music, since she paved the way for female-driven, punk-influenced pop music. Since her professional debut, Lavigne has sold ... more on Wikipedia

Avril Lavigne is ranked on...

Avril Lavigne is also found on...