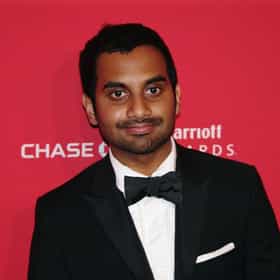 Aziz Ismail Ansari (; born February 23, 1983) is an American actor, writer, producer, director, and comedian. He is known for his role as Tom Haverford on the NBC series Parks and Recreation (2009–2015), and as creator and star of the Netflix series Master of None (2015–2017) for which he won several acting and writing awards, including two Emmys and a Golden Globe for Best Actor – Television Series Musical or Comedy. With his Golden Globe win, Ansari became the first actor of Asian descent to win a Golden Globe for acting in television.Ansari began his career performing stand-up comedy in New York City in mid-2000 while attending New York University. In 2007, he created and starred in ... more on Wikipedia

Aziz Ansari is ranked on...

Aziz Ansari is also found on...