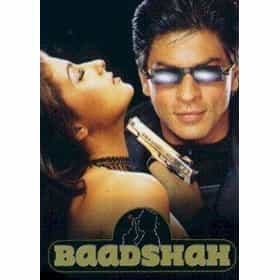 Baadshah is a 1999 Bollywood Thriller Comedy and action film directed by Abbas-Mustan. The film stars Shah Rukh Khan opposite Twinkle Khanna in lead roles. It released on 27 August 1999. It was a success. Shahrukh Khan earned a Filmfare Award nomination for Best Performance in a Comic Role. It is inspired from films such as Nick of Time, Rush Hour, If Looks Could Kill, Mr Nice Guy, The Mask. The movie was a hit. Shahrukh Khan is also known as Baadshah of Bollywood, a name derived from this film. ... more on Wikipedia

Baadshah is ranked on...

Baadshah is also found on...

Abbas-Mustan: Movies Directed By Abbas and Mustan Burmawalla List of All Movies Released in 1999