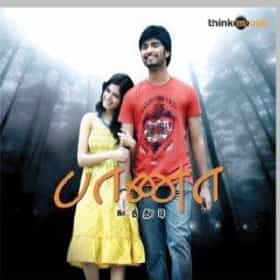 Baana Kaathadi is a 2010 Tamil romance film written and directed by Badri Venkatesh. Adharvaa, son of Tamil actor Murali, makes his debut in the film as a lead actor, while Prasanna, Samantha Ruth Prabhu, and Karunas also play lead roles, while Murali makes a cameo appearance. Featuring music scored by Yuvan Shankar Raja, cinematography by Richard M. Nathan and editing by Suresh Urs, the film, which was launched in March 2009, released on 6 August 2010. It is the last movie of Murali, who made a special appearance in this movie, before his death in September 2010. This movie was an above average grosser but was an acclaimed film. ... more on Wikipedia

Baana Kaathadi is ranked on...

Baana Kaathadi is also found on...