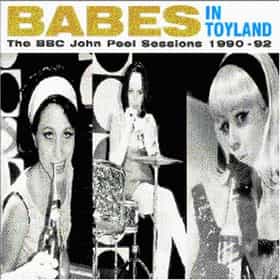 Babes in Toyland is a 1961 Walt Disney Christmas musical film in Technicolor, directed by Jack Donohue, and distributed to theatres by Buena Vista Distribution. It stars Ray Bolger as Barnaby, Annette Funicello as Mary Contrary, Tommy Sands as Tom Piper, and Ed Wynn as the Toymaker. The film was based upon Victor Herbert's popular 1903 operetta Babes in Toyland. There had been a 1934 film also titled Babes in Toyland starring Laurel and Hardy, and three television adaptations prior to the Disney film, but Disney's was only the second film version of the operetta released to movie theatres and the first in Technicolor. However, the plot, and in some cases, the music, bear little ... more on Wikipedia

Babes in Toyland is ranked on...

Babes in Toyland is also found on...