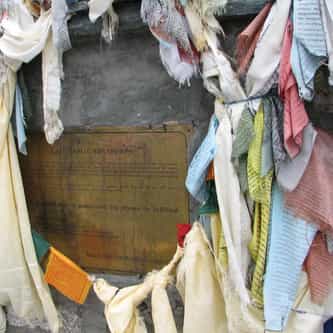 Babu Chiri Sherpa (June 22, 1965 – April 29, 2001) was a Sherpa mountaineer from Nepal. He reached the summit of Mount Everest ten times.He held two world records on Everest. He spent 21 hours on the summit of Everest without auxiliary oxygen, a record which still stands, and he made the fastest ascent of Everest in 16 hours and 56 minutes. Although an accomplished mountaineer, his life dream was to build schools in Nepal. ... more on Wikipedia

Babu Chiri Sherpa IS LISTED ON