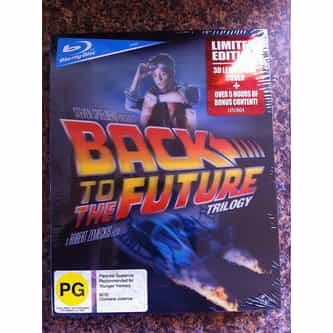 The Back to the Future franchise is an American comic science fiction-adventure film series written and directed by Robert Zemeckis, produced by Bob Gale and Neil Canton for Steven Spielberg's Amblin Entertainment, and distributed by Universal Pictures. The franchise follows the adventures of a high school student, Marty McFly, and an eccentric scientist, Dr. Emmett L. Brown, as they use a DeLorean time machine to time travel to different periods in the history of Hill Valley, California. ... more on Wikipedia