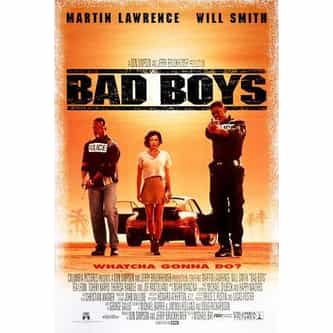 Bad Boys is a 1995 American action comedy film produced by Don Simpson and Jerry Bruckheimer, producers of Top Gun and Beverly Hills Cop, and directed by Michael Bay in his directorial debut. It starred Martin Lawrence and Will Smith. The film was followed by a sequel, Bad Boys II. ... more on Wikipedia

Bad Boys IS LISTED ON